, takes place in the near future where there's trouble on Earth: advanced global warming has wreaked environmental havoc, while religious fundamentalists have gained positions of political power in the United States and are trying to block scientific research that conflicts with their religious beliefs. One of their targets is the research taking place on Mars, where scientists have discovered an ancient Martian village - and more excitingly, a fossil. The scientists on Mars struggle to keep their project going in the face of the loss of support at home.

Ben Bova kindly agreed to answer my long-winded questions about Mars Life and his thoughts about science, religion and the possibility of life on Mars. Be warned that there may be spoilers:

Me:
You say in the preface to "Mars Life" that speculation on whether Mars ever held intelligent life "can only be disproved by a thorough exploration of Mars, an exploration conducted by human beings, in addition to robotic craft." Do you think that a manned mission to Mars should be a short term goal for NASA?

Bova:
A manned mission to Mars should be a long-term goal of NASA. I believe a lot of prepatory work must be done before we can send human explorers to Mars.

Me:
There is also disagreement among the Martian scientists as to whether Mars should be terraformed - its soil and climate altered to match the needs of Earth life - or if it should be kept Mars-like. Do you think that we should focus on understanding Mars as it is before we attempt to make it more amenable to for us to live there?

Bova:
As I have shown in Mars Life and my earlier Mars novels (Mars and Return to Mars) I think Mars should be kept as pristine as possible while we study the planet and any life it may hold or may have once held. Terraforming is a ridiculous idea. Why spend the enormous amounts of money and time to make a unique planet into another Earth? If you want more real estate, build O'Neill type habitats in empty space. Leave Mars and the other planets as they are. They have much to teach us.

Me:
Even though we only glimpse the ancient Martians through their abandoned dwellings, faded inscriptions and a few bones, they seem surprisingly Earthlike in both their anatomy and culture. If we do find life on Mars, do you think that it will be similar to life on Earth?

Bova:
That's one of the fascinating questions that only the discovery of extraterrestrial life can give us the answer to. If life on Earth based on some universal pattern or would life forms on other worlds be different from our own? We have no idea, at present, because we have only our own terrestrial example to draw from. However, life on Earth is very diversified, even though all terrestrial life forms are based on carbon, water, and DNA. We need to find extraterrestrial examples and see what they have to tell us!

Me:
If life was found on Mars, even if only microbial, I would be incredibly excited. However, in the future United States of "Mars Life" the religious fundamentalists who have essentially taken over education, the media and the government see it as a threat. They attempt to squelch the exploration of Mars in the same way they have eliminated the teaching of evolution in the schools. Do you consider religious fundamentalism to be a serious threat to the teaching and practice of science in the US?

Bova:
I consider religious fundamentalism to be the most serious threat to democracy and individual liberty that this nation has ever faced. Religious intolerance has destroyed great empires in the past. It could destroy the United States of America in the foreseeable future.

Me:
There seems to be some tension in the book between the scientists who want to focus on Martian science and the project's more politically savvy supporters who want to "sell" Martian research to gain public support. Do you think that scientists generally do a poor job in generating public enthusiasm for research and science in general? Do you think that science fiction is good a way to present science with the public?

Me:
Dr. Carter Carleton is the anthropologist who is leading the uncovering of the possible ancient Martian village. He's old-fashioned, set in his ways, arrogant, rude and treats women badly. On top of that, he has fled rape charges on Earth. We readers know the rape charges are false, but his colleagues on Mars do not. I would think that including such a potentially disruptive and divisive individual could cause serious morale problems in an isolated research colony. The way I understood the story was that his brilliance as a scientist trumped any problems with his behavior. Is this an accurate reading? If there is a manned exploratory mission to Mars, do you think that expertise should be more important than personality in selecting its crew?

Bova:
There will have to be compromises made between expertise and personality. In Mars Life, most of the people on Mars believe Carleton to be innocent of the rape charges, although they understand he can be a pain in the butt - but then, so can many of the others among the team.

Me:
One of the people you dedicate "Mars Life" to is Carleton S. Coon. According to Wikipedia Coon was a mid-20th century physical anthropologist who proposed that the different races evolved separately from Homo erectus, with Europeans "evolving earlier" than other racial types*. He apparently fell into disfavor because his ideas about human evolution were used by American segregationists to justify discrimination, and since then, his work has been superseded by the work of physical anthropologists who have shown that his hypotheses are largely incompatible with population genetics and the modern evolutionary synthesis. Is there a particular reason why you singled out Dr. Coon in your dedication? Was he one of the inspirations for Dr. Carleton?

Bova:
Carleton S. Coon was a great anthropologist whose conclusion was that the Africans evolved later than the European and therefore are more modern and better adapted. He was drummed out of his profession because his views were unpopular. The genetic evidence that failed to support his hypothesis came later. He would have welcomed it. He was interested in learning, not in being correct, politically or scientifically.

Me:
The end of "Mars Life" pretty much left the story hanging with a small group of scientists left on Mars who are preparing to start a "million year experiment". Do you plan to revisit your characters on Mars to check in on how the experiment is proceeding?

I'll be posting my review of Mars Life tomorrow.

Note: Dr. Bova's answers have been reformatted for the blog, but were otherwise unchanged.

* ETA: If you are interested in a more detailed look at Carleton Coon's anthropological ideas, Afarensis has posted a review of Coon's The Origin of Races. 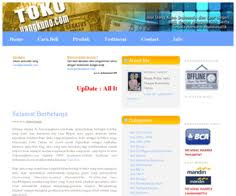